I have had a problem with the FJ reserve switch not operating correctly. The Yamaha FJ 1200 has an unusual system for the reserve done electronically rather than a traditional tap !
What has happened is when the low fuel light comes on the reserve system creates a missfire promting you to swith the electric reserve switch. If you do not switch it over within a few KM,s the bike will stop.  I have only got this low a couple of times and when I have the only way I could get her going again was to diconnrct the wiring to the fuel tank sender unit. Have had the bike in a million bit over the last few months so decided I should look at the reserve system while working through my list. Check out the wiring and found that the switch was open circuit in both positions.
Was able to carefully open the switch up where i found 19 years of corrosion has been working away at the terminal. Cleaned up with some wire wool and reassembled good as new.

Before and after shots below 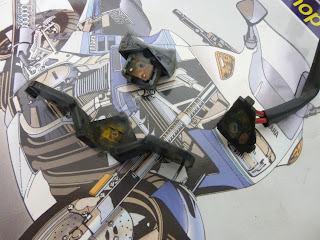 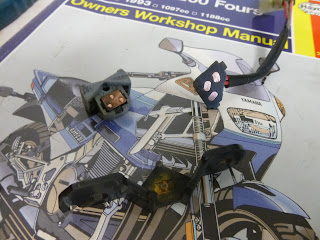